Day 3
I actually planned to have a day off quilting today, being Saturday ds is home so it's a bit hard to secretly work on his quilt. Dh & ds were off to see the new Indiana Jones movie, again, & I thought I might do some shopping.

Going back a few weeks, I decided to do a HUGE de-cluttering of the house. Now I'd reached a point where the loungeroom was absolutely full of things to go. I actually have more cupboards to sort through but couldn't fit anything else in the loungeroom!!! This week we finally tracked down a charity that actually takes your unwanted things & gives them to people who need them rather than putting them in a shop. It always seems a bit pointless selling things off to raise money that then goes into running the shop, far better to just give the things to people in need. A man arrived with a trailer to pick up the stuff but after making two trips carrying bags he said he couldn't do any more as he has heart problems. We have a steep drive & two lots of stairs to get up to the house, so I continued carrying bags & boxes down to him until dh got back from taking ds to tennis. We really had a huge amount of stuff to go & by the end of it I was totally exhausted!!! I have fibromyalgia so I don't have a huge amount of energy or stamina. By the time I finished my legs felt like I'd run a marathon so wandering around the shops was not an option.

So, I took myself out to my sewing room settled down with a couple of dvds & set about tying off all the threads on the back of the quilt & sewing them in. After that I started on the hand quilting. The time flew by & as soon as I heard dh drive in I had to quickly fold up the quilt & put it to the side. I had time to watch Towards Zero, a Miss Marple mystery & half of Harry Potter & the Philisopher's Stone, for the umpteenth time, before the boys got home. I've found it's best to 'watch' something you don't actually have to look at while sewing.

I can't believe I put this off for so long, I'm really enjoying working on it & I have enough UFO's to keep me off the streets for a very long time!!!!!

Just lately I've been working on my family tree. I started doing this a couple of years ago & every so often I get keen to do some more research. I found a web site the other night with a huge amount of information on it about my mother's father's family. I now have 1324 people listed on my tree, with many more to add. I feel quite humble to have only had 3 children when it seems so many of my relatives had up to 14 children. I guess with no TV & no laptops they had to do something to pass the time!!!!! I certainly admire their stamina but don't envy all the hard work that would have been involved in raising so many children with none of our mod-cons.

Day 2
Well today was a lot easier. What a difference when you can actually see where you are going!!!!
I concentrated on all the 'in the ditch stitching' today.
There are quite a few colours in the quilt so I had to change thread a lot to match each section.

Came up with a few more tips today:

1.Make sure you always have a cup of tea or glass of water at hand & take sips often. No you probably won't actually dehydrate while machine quilting but it does mean you will be forced to take regualr breaks for bathroom trips!!!

2. Be careful when choosing music to quilt by, classical works well. I started out with Vivaldi's Four Seasons, Enya was suitable though the cat actually left in disgust when I started to sing along. Honestly, everyone's a critic!!! Now I started to come unstuck with Phil Collins as I found it rather tricky to sew a straight line while dancing in my chair to Phil. ELO worked better as I tended to just sing rather loudly rather than dance.
3. Do set an alarm if you have to go out & pick up ds from the bus at a set time, it's easy to get carried away.
4. Try not to get into too many deep & meaningful thoughts it was only after I'd sewn about 6" of red thread on the blue section I realised what I was doing.
5. Don't bother putting a heater on if the rooms a little chilly you'll soon warm up dragging the quilt into 5000 different positions as you sew.
6. Do think seriously about putting your name down for the weight lifting in the upcoming Olympics, dragging said quilt around is not for the faint hearted or weak.
7. Back to those breaks you really need to have so as not to get stuck in the one position. I find putting a block of chocolate on the other side of the room means I have to get up every so often for a fix.
8. Do wash your hands after a chocolate fix :-)

love, Molly
Posted by Jan Quigley at 12:41 No comments:

Day 1
Well today I decided to bite the bullet & start quilting the Harry Potter quilt I made for my son. I had intended to give it to him for Christmas (yes last Christmas) but because I kept putting off the quilting it didn't happen. The top was made, I'd even layered it, just needed to take the plunge......
These are the tips I came up with after working on the quilt the first day. I have called them the 'What NOT to do when machine quilting Rules.'
1. I remembered reading a tip which said, 'Don't bother closing all your safety pins it takes a lot of time & you can easily remove them if they are open as you quilt.' WRONG if you leave them open they fall out, get caught up on each other & stick in you. So after a very short time sewing I stopped to do up all the pins. Oh & to pick up all the ones off the floor.
2. Don't wear a bangle it gets caught on the pins whether they are open or closed.
3. Don't attempt to quilt around shapes while using a walking foot as you can't see where you are going. This is true of my walking foot which has a metal strip across just in front of the needle blocking your view of what is coming up.
4. Don't be tempted to use your ordinary foot so you can see where you are going, unless you enjoy doing frog stitch.
5. Don't have a major clean up in your sewing room the week before you quilt so you can't find your other walking foot to see if it has the same metal strip.
6. Don't let the cat stay in the room if it is easily offended by bad language.
7. Not sure about this but I think attempting to machine quilt while stone, cold sober could be a mistake. Unfortunately I'm stuck with that as I don't drink.

DO have a friend drop around for a cuppa & a chat so you can put it off until tomorrow, when ds is at school.

So now I have decided to machine quilt the straight bits with the walking foot & hand quilt all the shaped bits eg, Harry's clothes, hair, face etc.

Luckily I decided to send my tips to an on-line quilt group. One lovely lady said if you have a Bernina it does have a foot without the annoying bar.
OK back to the sewing room for a full-on search for the missing foot. Finally found it, in the last place I looked, well of course it was the last place I looked, I'd hardly go on looking after I found it!!!!! Damn! it has the stupid bar too but I also checked the 'empty' box my original foot had been in & found there was a replacement piece without the bar. I was really good & actually read the instructions for changing it over & hey presto walking foot without stupid bar.
Can't wait to get stuck in tomorrow's sewing.

So now I'm settling down for a cuppa & a browse through the latest Quilting Arts mag which arrived today.
love, Molly
Posted by Jan Quigley at 12:15 No comments: 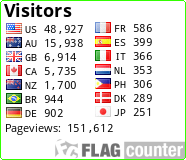 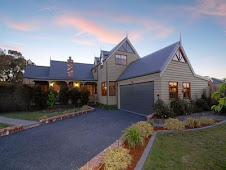 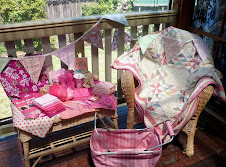 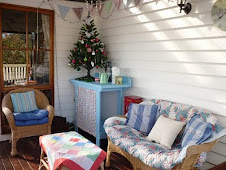 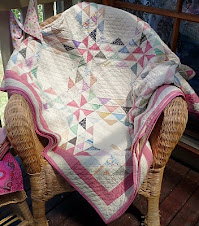 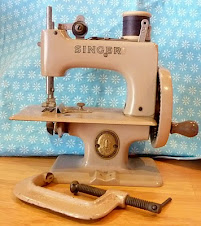 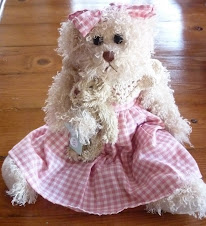 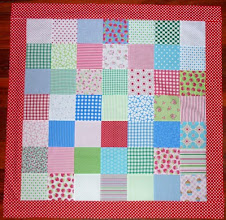 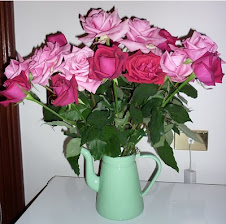 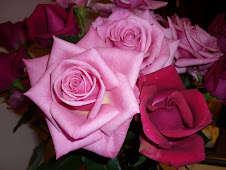 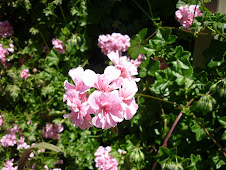